So January is going to be a catch up month! Loads of makes made but not many blog posts so I will try and get this back on track.

My second make of October was my first Closet Case Patterns Ebony Tee, it was a pattern I had been eying up for a while. When we were at the Great British Sewing Bee Live Guthrie and Ghani had some super soft drapey loopback jersey’s in some lovely autumnal colours. They had just about enough left of the aubergine colour way and so my sister bought it for me as well as the paper pattern. I could have easily bought myself all the other colour ways as well but then again I could have easily bought most of the fabric on their stand and completely blown my budget for the trip and so I restrained myself.

I wanted to make the cropped version and so I cut out the pattern pieces but quickly realised that it was going to be very cropped! After checking a few measurements I decided to add 3 inches to the length as even though the back would have been fine the front would have probably sat just above the waistline of my high-waisted Ginger Jeans which I did not want! I literally had just enough fabric  now I had extended the pattern.

It was such an easy pattern to sew and so it only took me a couple of hours to put together maximum. It also works perfectly with my Ginger Jeans, I love it when a plan comes together!

As my first one had been such a success I decide to make a second using some more fabric from the GBSB Live. This time it was a grey and blue stripey jersey from Fabrics Galore. It wasn’t as drapey or soft as the viscose jersey but wanted to try it as who doesn’t love a good stripey top!

Again, I only had just enough  fabric for the pattern but I managed to fit it on. However, I did quickly remember the reason why I don’t like making stripey tops, matching the stripes! After eventually cutting it all out, putting it all together was again really easy. As I predicted, the fabric wasn’t as drapey but it still worked really well with my Ginger Jeans!

This will definitely be a pattern I make again, I can see it being a staple in my wardrobe! 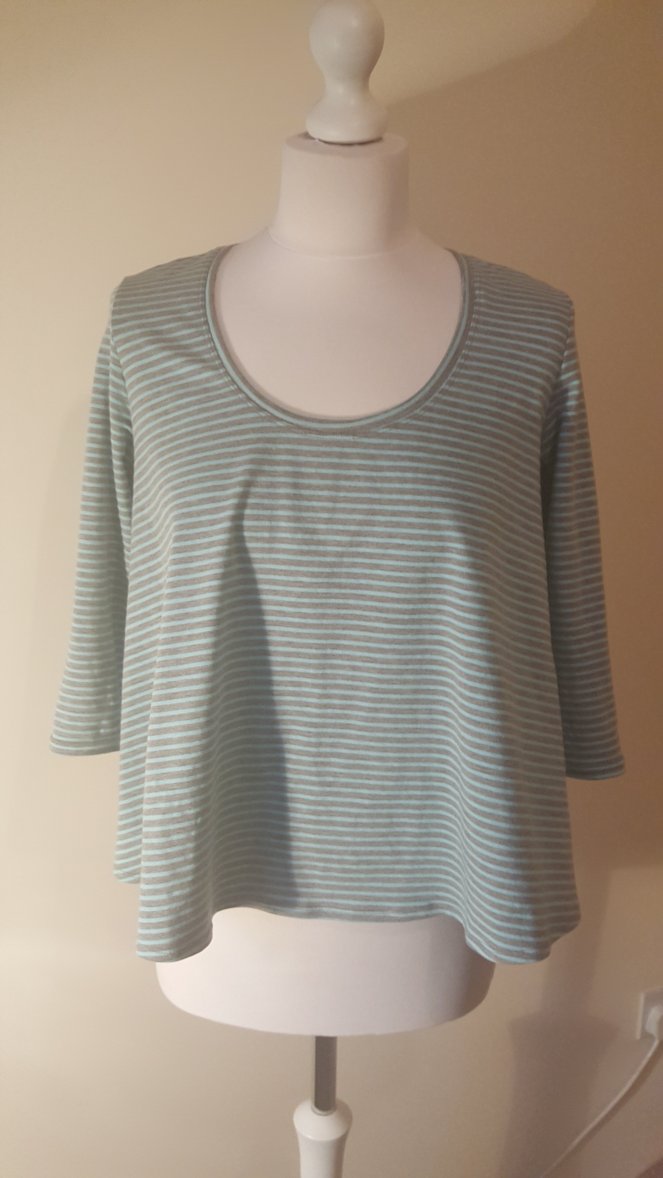